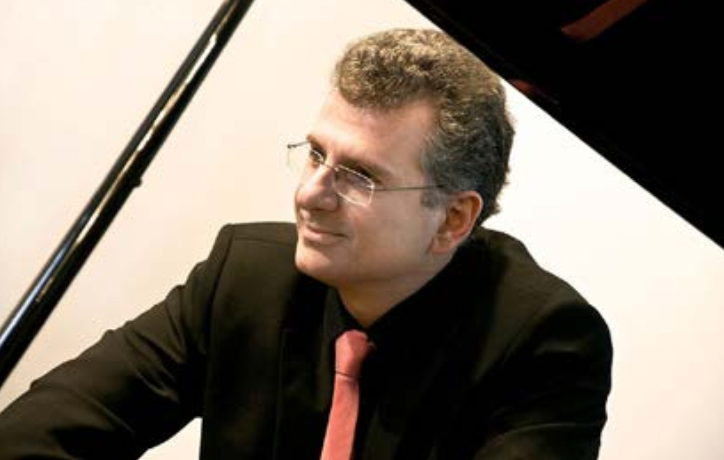 Young piano students will take classes with Ionion University piano professor Lambis Vasileiadis and will present works to the public at the “Young Artists Concerts” I and II on August 9 and 12, respectively.

A distinguished Greek pianist, Mr. Lambis Vassiliadis represents an impressive style of explosive pianism and artistic sensibility. Privileged to study near to pianists like Yalta Menuhin, Victor Merzhanov, Jerome Rose and James Tocco, he managed to obtain five academic titles from Universities and Music Academies around the world (Greece- Germany- England- USA)-all with distinctions and honors. He also holds a degree in Philosophy by the Aristotle University of Thessaloniki, Greece.

Mr. Vassiliadis has worked for the University of Cincinnati, in the United States, as assistant professor at the studio of James Tocco; he has been Juror of the OMTA (Ohio Music Teachers Association) competition, of the International Music Competition of Thessaloniki, Juror of the Dorothy Price Awards Competition – Mannes College of Music, New York, of the Yamaha Competition Athens and of the Emil Gilels Competiton in Odessa, Ukraine.

Mr. Vassiliadis won 11 awards in international and national piano competitions and managed to attract the attention of the international press as a recording artist, (since 1993 by Koch-Discover International) for his pianistical skill and serious musical thinking. In April 1997, his CD with works by Bartok, Scriabin, Poulenc Szymanowski is rated with four stars by BBC Music Magazine and in September 1997, and his Schumann -Brahms recording is praised by Charles Timbrell in Fanfare Music Magazine. Recently the “Listener Magazine” reviewed enthusiastically Mr. Vassiliadis recordings confirming the “emergence of a major virtuoso performer” (P. Meanor, winter edition 1999). The first worldwide recording of the Piano Sonatas by Allen Sapp was commented by the American Record Guide as one of the best recordings of 2001. Finally the Gramophone Magazine includes Vassiliadis recording of the Brahms – Paganini Variations among the “selected discography of the 20th century” (B. Morrison, March 2003).

Other CD’s (by Aardvark Media) include a Chopin Album, a Tchaikovsky Album, orchestra repertoire with the Chamber Music Orchestra of Tuebingen (Germany) and the Fairbanks Symphony ( USA) , an all Liszt-Mozart transcriptions and two recordings with works of Mendellsohn, Brahms and Schumann with the Ionian Piano Quartet ( Amicme Classical).

Mr. Vassiliadis appeared in solo concerts, radio and television broadcasts in Greece, as well as in many other countries (Germany, USA, South Africa, Italy, England, France); he also appeared with orchestras (Kammerphilarmonie Prague, National Symphony Prague, Bangok Symphony, State Orchestra of Thessaloniki, Orchestra of Colors, Athens, etc. ) with a variety of repertoire including works like the 2nd Tchaikovsky concerto or Liszt’s Malediction.

Mr. Vassiliadis has received a position as the director of the Synchrono Conservatory in 1998, where he was teaching piano for the late four years. He has also been active as the artistic director of the «Vertiskos» Summer Courses and the Coordinator of the Piano Studies in the Conservatory of East Macedonia in Kavala-Greece.