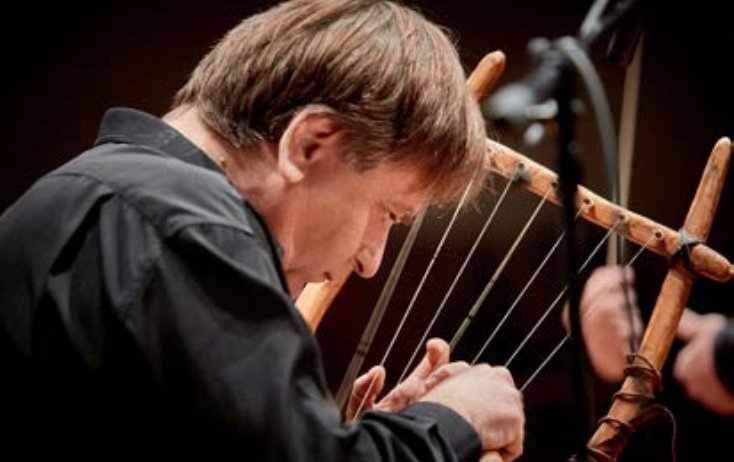 Nikos Xanthoulis presents a two-sided recital. The first part will present works of the new (in contrast to the ancient, if we may say that it really exists) repertoire of the lyre that he has composed over the last ten years. In the second part, we will be transported to a coast, near Ancient Troy, with one and only goal: to hear Achilles play his golden phorminx, expressing through it his innermost thoughts.

Dr. Nikos Xanthoulis is a composer, artistic advisor of the Greek National Opera, Scientific Partner in the Athens Academy and a correspondent member of the Archaeological Institute of America. He has performed as the principal trumpetist of the Greek National Opera orchestra (1984-2009). As a soloist and composer he has appeared in more than 30 countries. He has released 13 recordings and has collaborated – as ensemble member – in 4 additional records. The Archaeological Institute of America has awarded him twice 2012-13 and 2017-18) with the Kress Lectureship for his research on Ancient Greek Music.