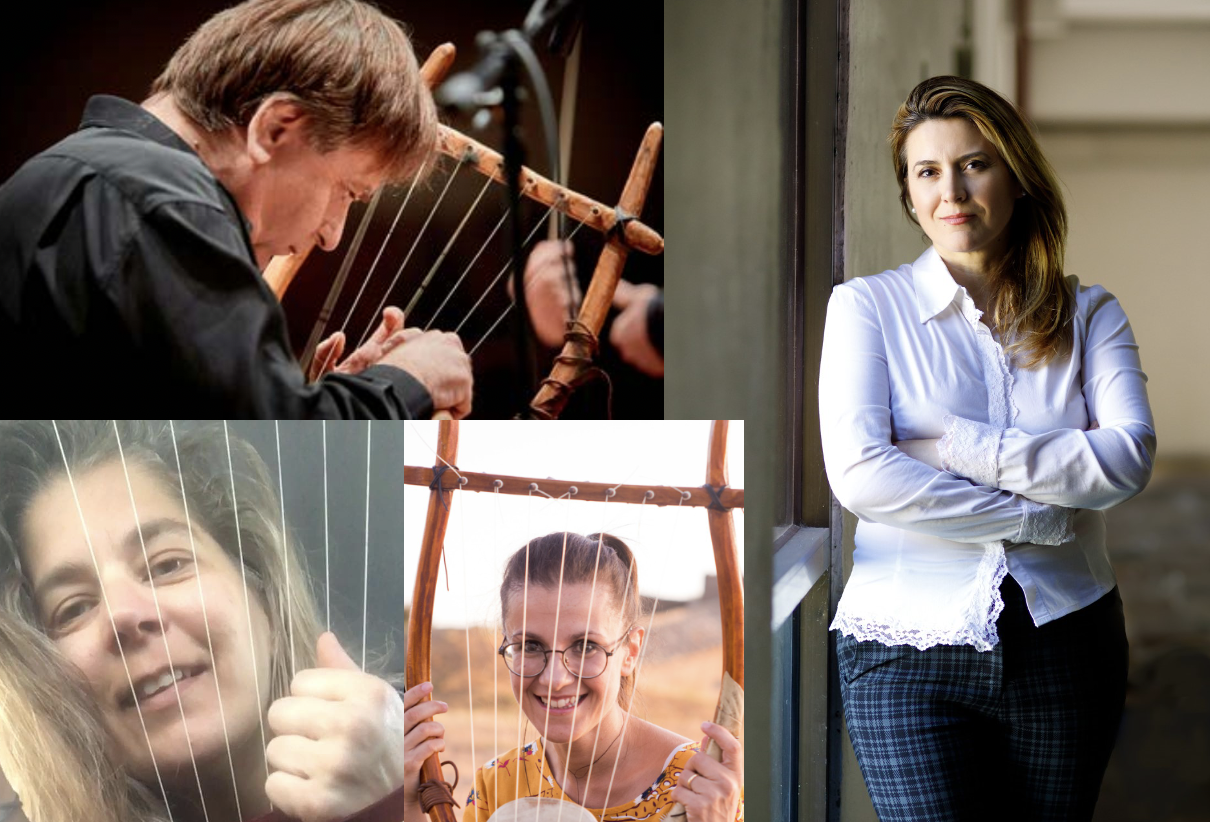 Sophia Karakouta (song), Roza Fragkorapti (ancient lyre), Evangelia Kopsalidou (ancient lyre) and Nikos Xanthoulis (ancient lyre, barbitus and song) will swim in the deep waters of time, bringing up memories of Greece and connecting them with  music from around the world. A yarn, or rather a thread that helps us get out of the labyrinth of our souls.

Dr. Nikos Xanthoulis is a composer, artistic advisor of the Greek National Opera, Scientific Partner in the Athens Academy and a correspondent member of the Archaeological Institute of America. He has performed as the principal trumpetist of the Greek National Opera orchestra (1984-2009). As a soloist and composer he has appeared in more than 30 countries. He has released 13 recordings and has collaborated – as ensemble member – in 4 additional records. The Archaeological Institute of America has awarded him twice 2012-13 and 2017-18) with the Kress Lectureship for his research on Ancient Greek Music.

Rosa Fragorapti, musician and musicologist with a Masters Degree in Ancient Greek Music, holds the first 7-chord Lyra diploma in the world (class of professor Dr. Xanthoulis. She has performed in Greece and Italy and has taken part in masterclasses and musicology conventions regarding Ancient Music. She teaches 7-chord Lyra at Sychrono Odeion of Thessaloniki.

Evangelia Kopsalidou is a graduate of the Music Department of the Ionian University. She holds a D.E.A. of the Faculty of Music of the Sorbonne-Paris IV University and a PhD of the same University. She is also a Post Doc Candidate at the Department of Greek Philology of Democritus University of Thrace. The subject of her research is: “The Ancient Greek Lyre from the antiquity till our days”. She is teaching “Music Education” as a Special Teaching Staff at the School of Education Sciences at Democritus University of Thrace since 2003.

Sophia Karakouta was born and raised in Thessaloniki, Greece. She began her music studies with piano lessons and music theory ( harmony and counterpoint ). She moved to the United States where she studied Vocal Performance at the New England Conservatory of Music in Boston, MA. There she received two scholarships for her excellence in academics. Sophia got specialized in classical and musical theater singing. She has been teaching voice ever since and she has participated in numerous recitals and concerts throughout U.S.A and Greece. The last ten years she studies the trigonon (ancient Greek harp) and focuses herself on the ancient Greek repertoire.