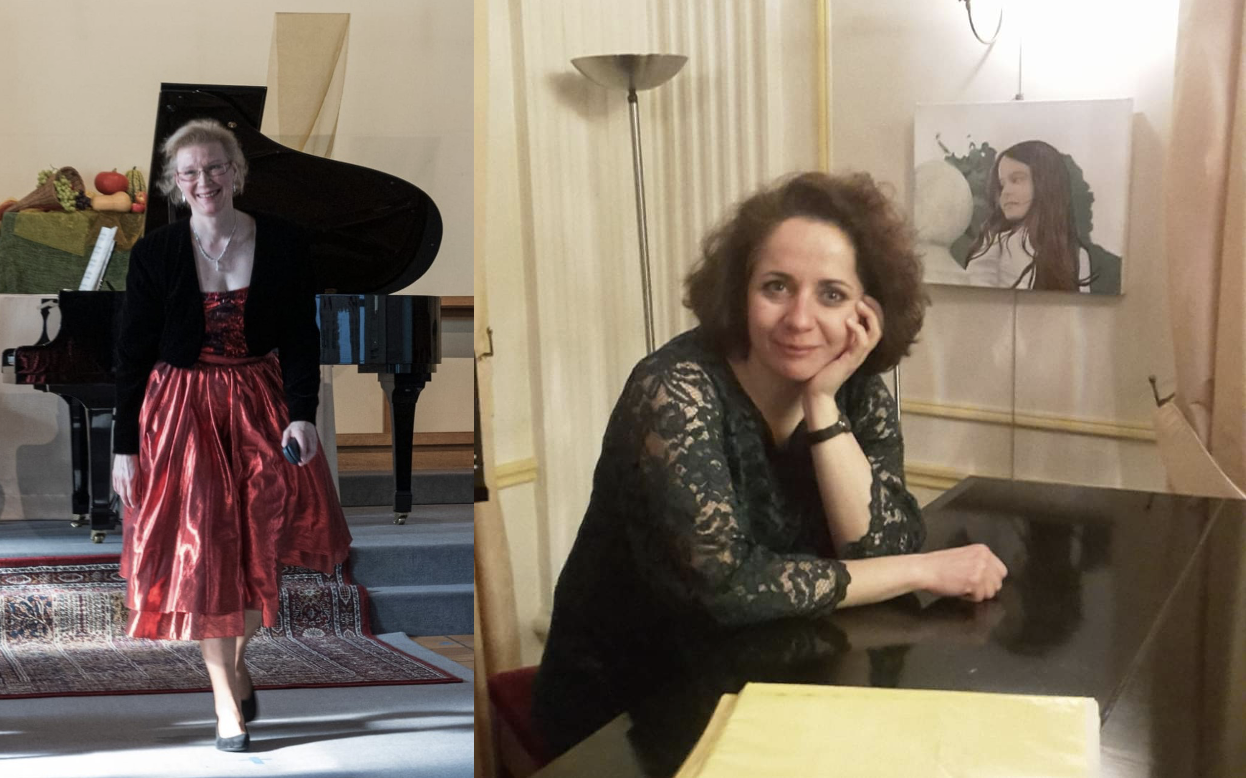 The Belgian pianist Joëlle Vanopbroeke was born in Brussels and commenced her piano studies at the age of eight. In 1981, she won 2nd prize of the Dexia Bank’s Axion classics competition. She studied with Jacques Genty at the Royal Music Conservatory in Brussels, earning a «diplome superieur». She taught piano at the Music Academy in La Hulpe and was acting director for several years of the same academy following the decease of its director Jules Bastin. In 1990, she met Daniel Blumenthal and perfected with him for several years. She gives regular recitals as a soloist, in chamber music groups or with orchestras. Her playing is characterised by «poetic phrasing, faithfulness to the wishes of the composer and by a rare tonal beauty».

Dimitra Mantzouratou studied initially with Anastasia Kounalaki. She obtained her piano diploma
under Betty Gaitanou, with Top Honors, First Prize and a Gold Medal of Excellence. She studied Musicology at the Department of Musical Studies in Athens, also holding a doctorate from the same Department. She obtained a State Scholarship to study in Belgium with Daniel Blumenthal. She has given numerous performances in Greece and abroad. She teaches piano at the Music School in Ilion, Athens.